In the era of curtains and drapes, window treatments were simply a way to furnish these structures and, depending on the fabric, block out sunlight. Over the years, though, there has been an increased demand for multifunctional window treatments, which has led to the ever-increasing popularity of shutters. Shutters come in a vast array of styles, but one solution has proven to be versatile enough to fit seamlessly into any household.

These shutters are characterised by wide louvres that make them stand out when compared to other window furnishings. Moreover, these shutters automatically add value to your residence due to several qualities. This piece lists a couple of ways plantation shutters go beyond simply furnishing your windows.

Energy efficiency is not merely a buzz phrase. In the current times where global warming is a tangible threat, more and more homeowners are looking for ways to play their role in planetary cogeneration. You may be surprised to learn that a simple step such as investing in plantation shutters for your entire house can help with mitigating excessive energy consumption on your premises!

Plantation shutters can help with blocking out a considerable amount of radiant heat during the summer and this makes them function as a layer of insulation for your windows. Hence, you are bound to be less reliant on your AC once you invest in these shutters. The less dependent you are on air conditioning, the less electricity consumed, and this translates into fewer greenhouse gases. Not to mention that overall cost savings you get to enjoy!

Plantation shutters are built for the long term

The interior design of your home not only speaks to your taste, but it also lends your residence character. Thus, when curating the interior design of your space with window furnishings, you need to ensure that they not only are decorative but are durable too. Failure to do so means having to replace your window treatments regularly, which will prove to be a waste of money. Plantation shutters do not pose this problem since they are designed to last for the long term.

The structure of these window furnishings is quite sturdy, yet the treatments are easy to use without having to worry about tangled strings, as you would with Venetian shutters. Furthermore, plantation shutters do not require laborious maintenance! These window treatments will retain their structure and functionality while only requiring the occasional wipe down to get rid of grime. 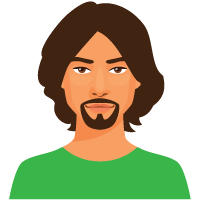 Yo! My name is Billy and although I am not a religious person one thing that always stayed with me when I was growing up and going to Sunday school. I loved the idea of the Garden of Eden. I told myself when I grew up, I too would have a beautiful garden. Although I say so myself, I do have a pretty nice garden. I didn't ever go to gardening school to learn any professional skills, I relied on my good old auntie Rita to teach me how to plant and nurture plants and trees. I hope you enjoy this blog.